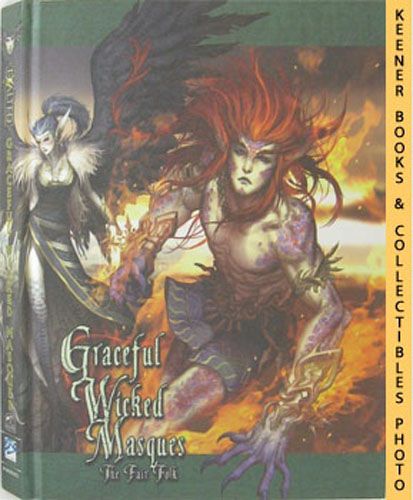 009942: No Jacket As Issued. SIGNED BY AUTHOR "Have A Wild Time! Alan Alexander" and SIGNED BY CONTRIBUTOR "Conrad Hubbard" on front flyleaf, personally obtained at GENCON 2009 by the owner. on front flyleaf. Covers and pages are clean, unmarked (except as indicated), brightly colored, tightly bound and sharp cornered. Subject Game is "Second Edition" but Book is First Edition. Scarce, Out Of Print, Book. "Having become the very aberrations of shape they so despise, the Fair Folk lurk at the world's edge, waiting for the right time to roll forth in a tide of destruction to unmake all Creation. Will the fractious Exalted unite to stem this tide, or will they be swept away by the Wyld onslaught? A character sourcebook for Exalted featuring: Everything players and Storytellers need to generate Fair Folk characters, including their Charms * Details of the unshaped, their motivations and their unique powers * Rules for shaping combat, the method by which the raksha assert dominance over one another in the Wyld." If interested, I have several additional volumes in this Exalted Game Series.: Signed by Author: 8.75 x 11 in.: 251 pages