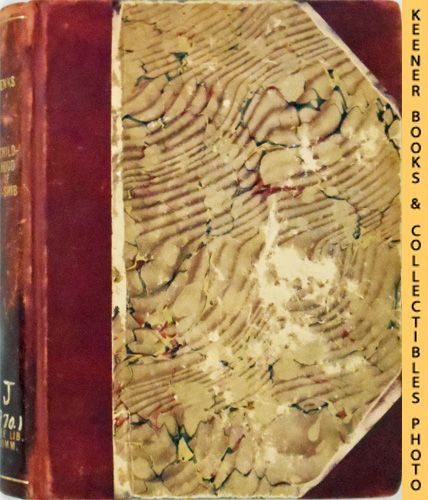 The Childhood of Ji-Shib, the Ojibwa : And Sixty-Four Pen Sketches

Book Condition: Very Good with No Dust Jacket as issued

013675: First Edition was published November 5, 1900; this is the Second Edition, published November 30, 1900. This was in a library, so it does have a location marking on the spine bottom and it looks like something was removed from the inside of the back board, but no marks or writing is seen on the pages. Boards are lightly worn. Otherwise, boards and pages are clean, unmarked, bright, tightly bound and sharp cornered. Scarce, Out Of Print, Book. "Members of the Ojibwa tribe of Indians are today most commonly called 'Chippewa'. The old men of the tribe will tell you, however, that the word Chippewa is a corruption of their true tribal name 'Ojibwa'. Through the efforts of Scientists this latter term is gradually coming in use again… The following is a true story, that is, it is all true to the Ojibwa child - he believes it. The story is written with no other thought than to have constantly in mind what the Ojibwa child believes about the events of his everyday life as given in the story. And the following incidents are taken directly from the common life of the tribe.": Ex-Library: 5.75 x 7 in.: 130 pages

Title: The Childhood of Ji-Shib, the Ojibwa : And Sixty-Four Pen Sketches

Book Condition: Very Good with No Dust Jacket as issued

The Childhood of Ji-Shib, the Ojibwa : And Sixty-Four Pen Sketches